Tonia Fike of Moxie Hair Studio is a world renown stylist from ‘the stage of the Royal Albert Hall in London to the studios of The Today Show in New York’. She’s been providing hair care services for over 25 years. Tonia is a Vidal Sassoon-trained hairdresser who’s always worked in top salons, and she simultaneously appeared as a headlining platform artist from 1988 to 2004 at national and international trade shows. From 1988 to 1998, she also commuted one week per month in Los Angeles to lead an Advanced Hairdressing Academy.

Additional to Tonia’s many guest artist appearances, she’s also earned several key industry awards for her innovative creations. Those awards include Creative Hairdresser of the Year, Colorist of the Year, and Best Hairdresser in Las Vegas five years in a row. Her work has also been featured in multiple European and U.S. trade publications, and she’s been a featured colorist on NBC’s The Today Show. Tonia has also performed many image makeovers for Ambush Makeovers on Fox, as well as NBC and CBS news segments. One of Tonia’s career highlights was performing in London at Royal Albert Hall, where she acted as Creative Director for the Alternative Hair Show. She also became a Wella International Guest Artist during that same year. 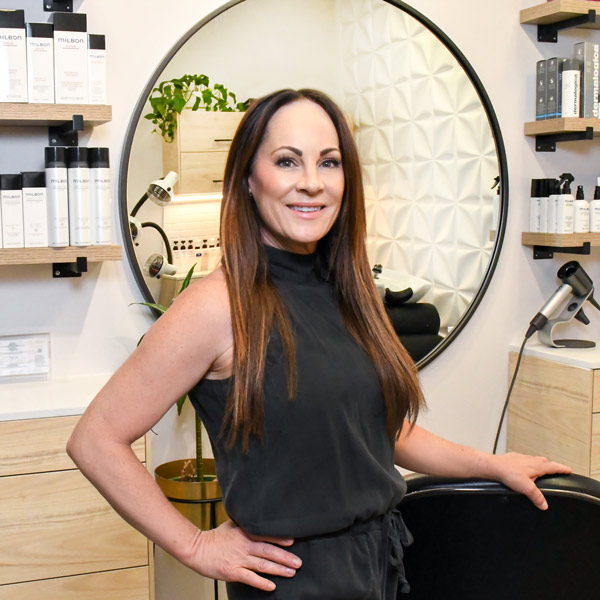 Tonia opened Moxie Hair Studio in 2002 and served as the business’s Director of Human Resources, Creative Director, and the top-grossing Master Stylist. We are proud that it’s still operating as one of Las Vegas’s top luxury salons for exceptional cuts, styling, coloring, and many other services. Tonia delivers an infectious positive attitude, world-renowned team-building skills, and five-star, five-diamond professionalism and customer service.

Tonia Fike and the team at Moxie Hair Studio offer outstanding haircare to clients, as well as decades of industry expertise to salons and hairdressers worldwide. Contact us today to schedule haircare at our salon, or benefit from Tonia’s industry education to improve your knowledge and skill set.

Call Now
Back to the top